2022 in many words and some photos

I actively attended 5 conferences this year (I think? I lost track). In February we ran RustFest LATAM (Playlist of all talk recordings). This was a huge success! Unfortunately we had to cancel the planned EMEA edition in April. In March I flew to Bergen to attend BoosterConf. My first big in-person conference after 2 years without! Together with Daan I ran the "PostScript; how to talk to your printer" workshop (Material). RustConf happened in August; I attended online. In October EuroRust happened in Berlin, a new Rust conference where I helped as an advisor to the main organizers. This is the first time we labeled an event as part of the RustFest family. Just before the end of my work year I remotely attended NormConf. Check it out, all talks (and lightning talks!) are available online.

I published 8 blog posts this year (including this one). I planned to have a 4-post series, but never got around to finish it (still no promises for next year!). I also now have two short drafts that I plan to post in the coming weeks. This time around I didn't keep close track of all documents I wrote for work, but it was likely similar to the year before.

For over a year now I'm running my own Datasette instance, auto-importing a bunch of data, such as my tweets, but also data from my phone and weather station at home. In theory this should make it easier to query the data too!

GitHub says I made 3181 contributions in the last year. The raw numbers here obviously don't reflect all the other stuff I'm involved in.

I posted 68 pictures and videos on Instagram (and I don't know how many stories). Again less than the year before, but I likely sent many more pictures to friends and family this time, and also have some private picture galleries up. My ~/photos/2022 directory only contains 720 photos and videos this time, but that's because most photos now reside on my phone (and in backups). My Photos library has 5317 photos and videos from 2022. There's likely some overlap with the other files.

Since Twitter changed ownership and more and more people stopped using it I used it less as well. For now I still occasionally use it. I might end that sometime in 2023 though. I wrote 1756 tweets, with about a thousand in reply to someone (that includes self-replies in a thread though) and 205 retweets. The last time it was lower was 2010! In November I created a new Mastodon account (@jer@hachyderm.io) and started using it a bit more. So far I'm up to 79 posts.

Unfortunately something broke and I don't have accurate data on my workouts anymore, at least for the second half the year (it's all safely stored on my phone though). It seems that Apple Healthkit changed its data format and the importer I use can currently not correctly parse the information. I will have to fix that. Regardless, I kept a pretty good workout schedule in the earlier half of the year, but had to let it slip in the fall (first because I was on vacation, after that because of some injuries). I hope to pick that up again in the new year and vary the workout a bit more than just running and Handball.

I stayed in Berlin for New Year's Eve and celebrated with friends. January was busy with work. My sister moved into a new house that January and so I went home to see it in February. Once I was back I got my remaining wisdom teeth removed. I also had to deal with a severely sprained hand, which took more than 4 weeks to properly heal. RustFest LATAM also happened that month. In March I then flew to Bergen for BoosterConf and another week of vacation, filled with hiking and relaxing. 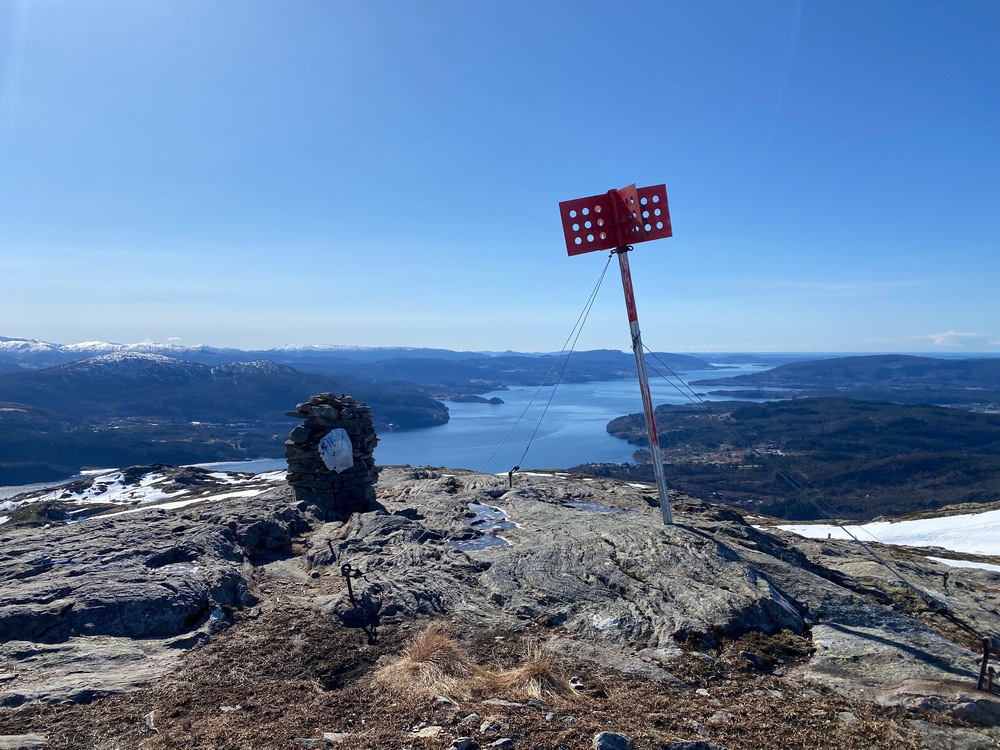 For Easter I was back with the family. May and June I enjoyed the warm weather outside. Those months were filled with lots of friend visits, drinks in the park, good food and concerts. 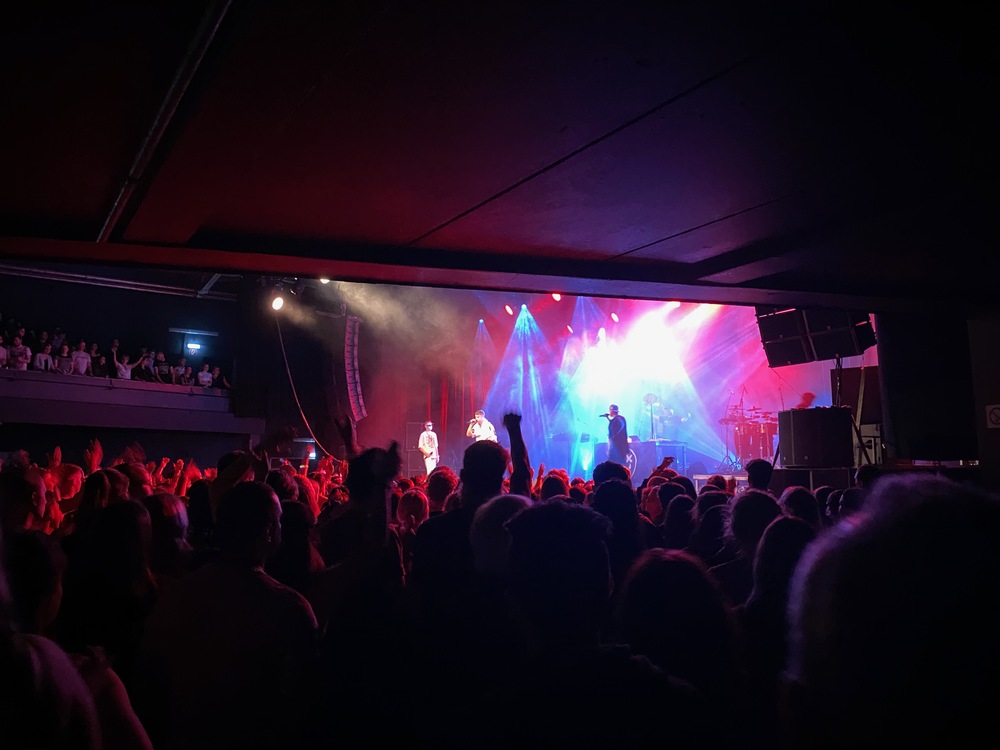 By the end of June I boarded a plane again to fly to ... Bergen, once again. 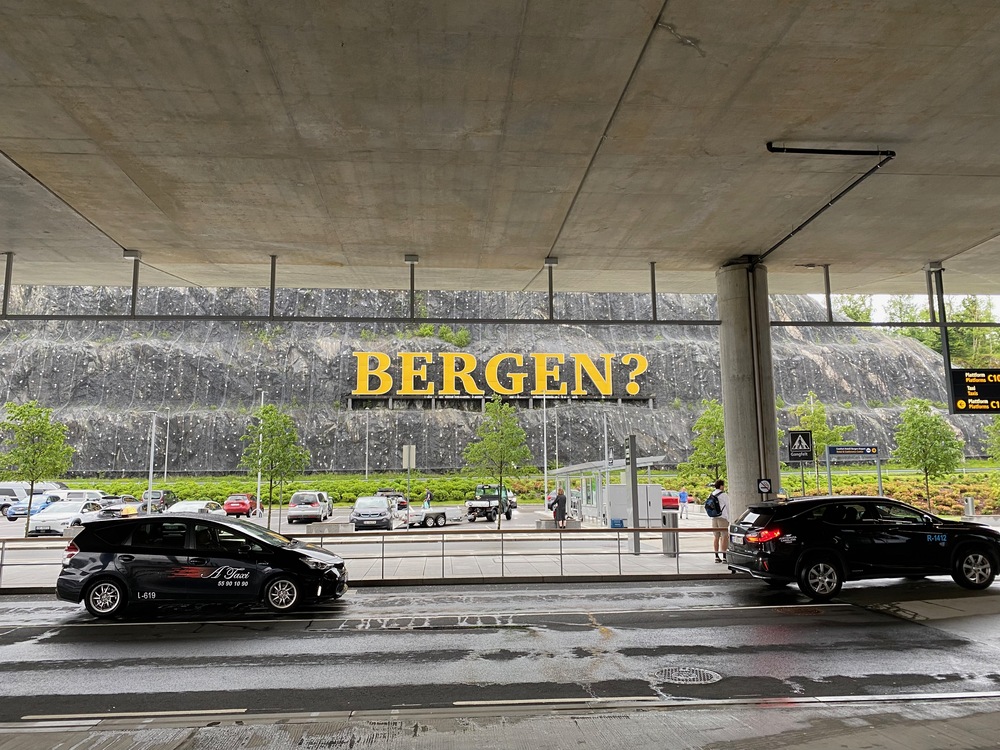 After 3 days on my own my parents picked me up with their camper van. We traveled north for 2 weeks, stopping every other day. The weather was what we call "durchwachsen" (mixed). We started in perfect summer weather, hiking in shorts and t-shirts. 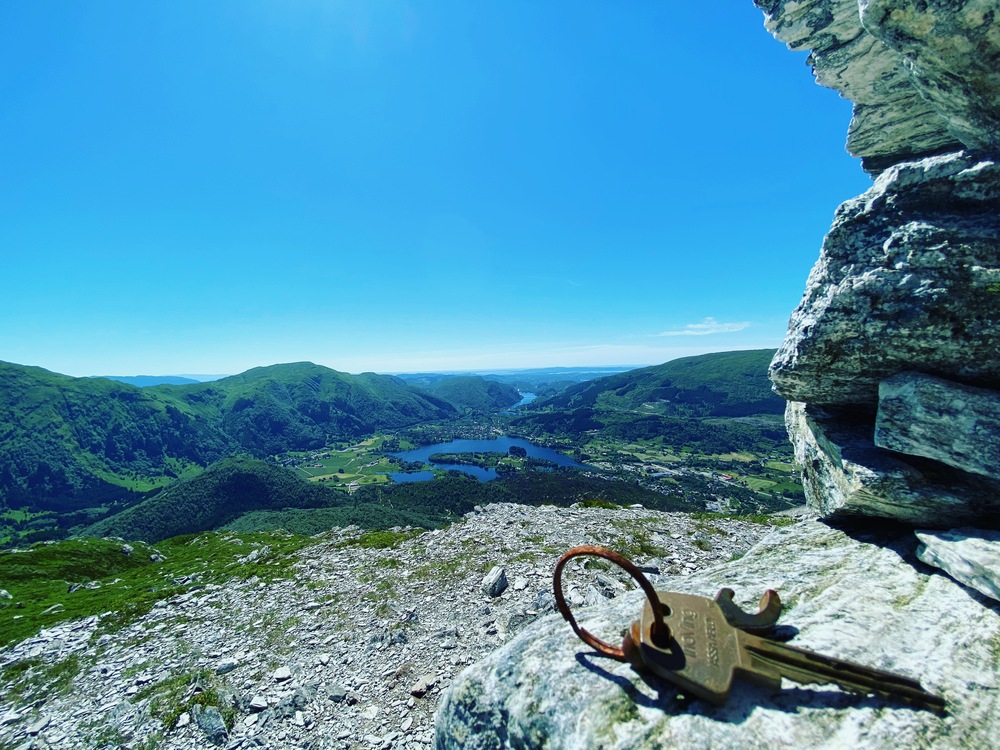 This was followed by 4 days of non-stop rain. 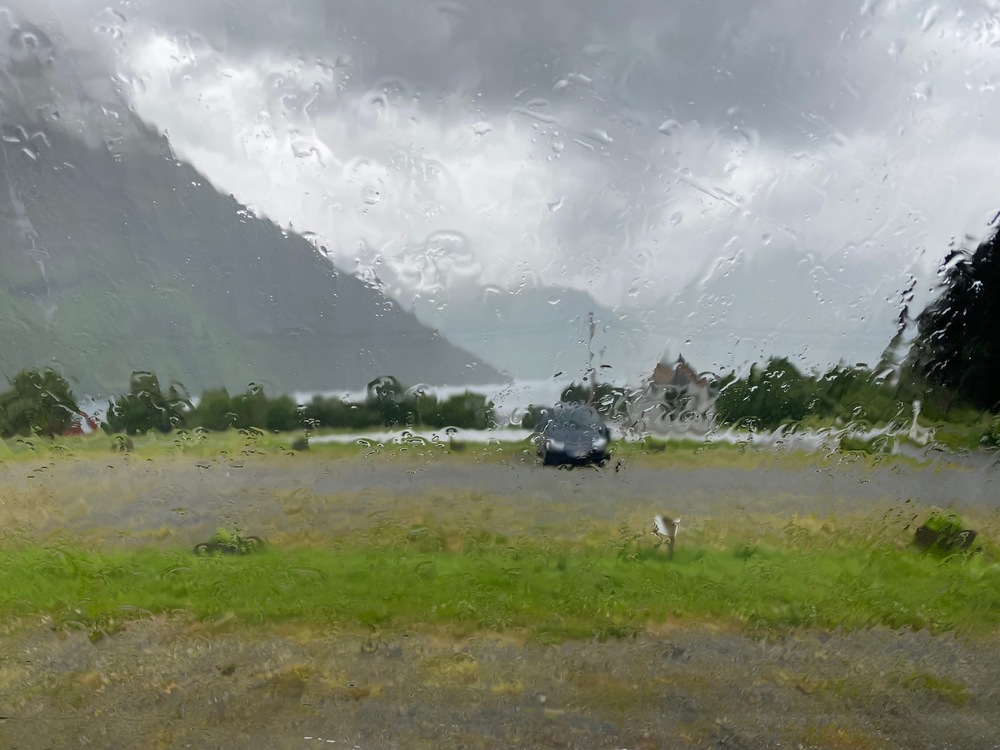 That still didn't stop us from hiking, but also made the sauna very much enjoyable to warm up again. 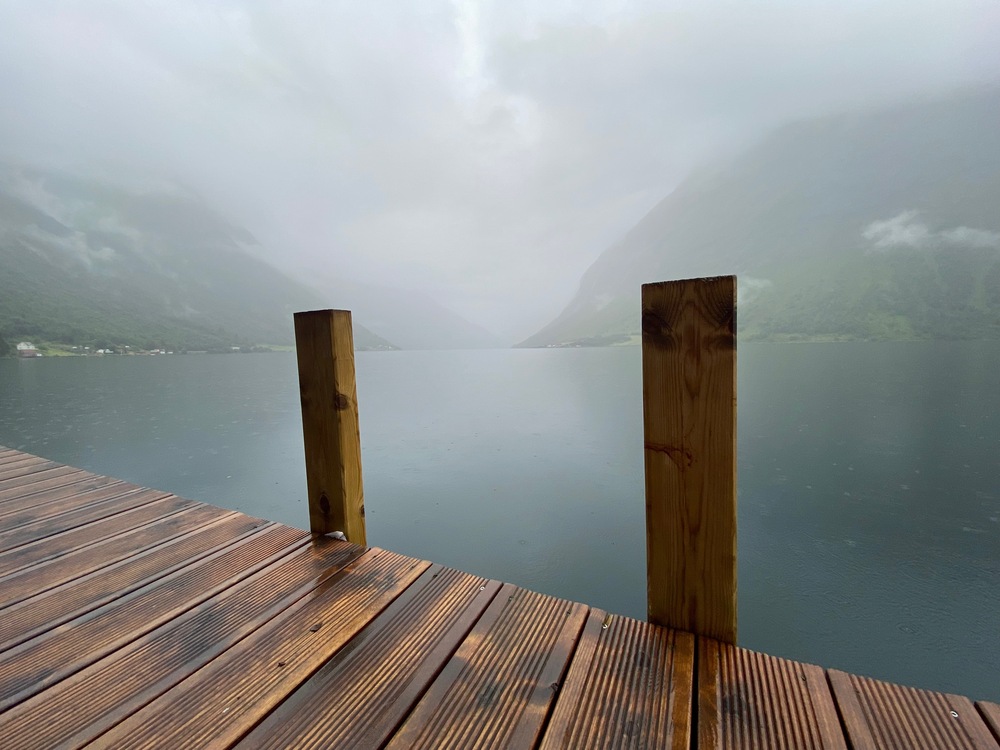 We got up to Åndalsnes. My parents traveled further, but I took the train towards Oslo. Probably the most gorgeous and enjoyable train ride I did so far. In Oslo I met up with Flaki and other friends. We then took the ferry to Copenhagen and I took the train from there back to Germany. Total accumulated train delay from Åndalsnes to Berlin: 25 Minutes. By July I was back in Berlin and enjoyed the summer there.

In September I flew to New York, giving me 2 1/2 days to explore the city. I did all the touristy stuff and got to see the Hamilton musical on Broadway together with my colleague Linh. 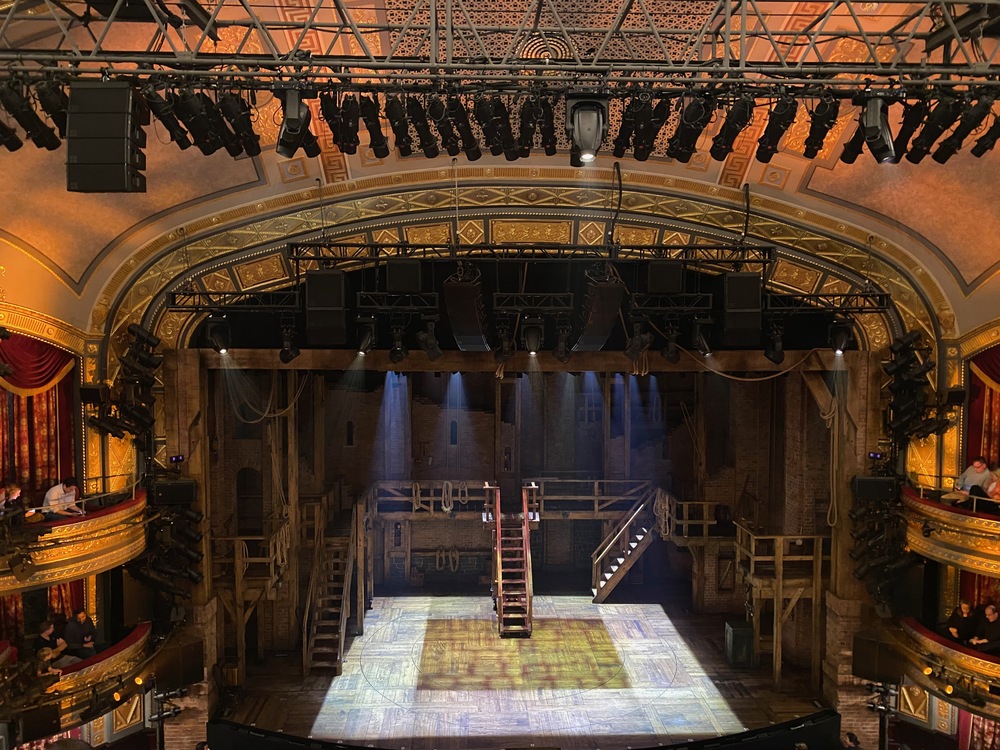 I had to fly onwards to O'ahu, Hawaii, for a week of work at the Mozilla All-Hands followed by another week of vacation with 3 of my Berlin colleagues. Highlight of the trip was the helicopter tour over the island of Kauai. 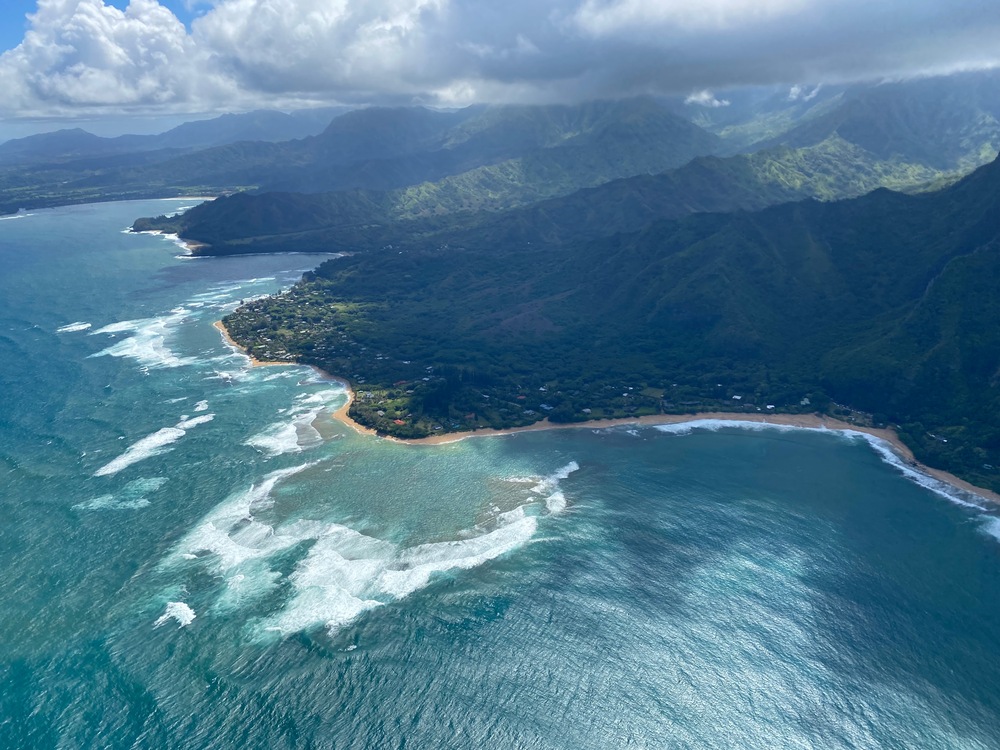 Once I was back the next trip wasn't far away. I spent a couple of days of October in Oslo. 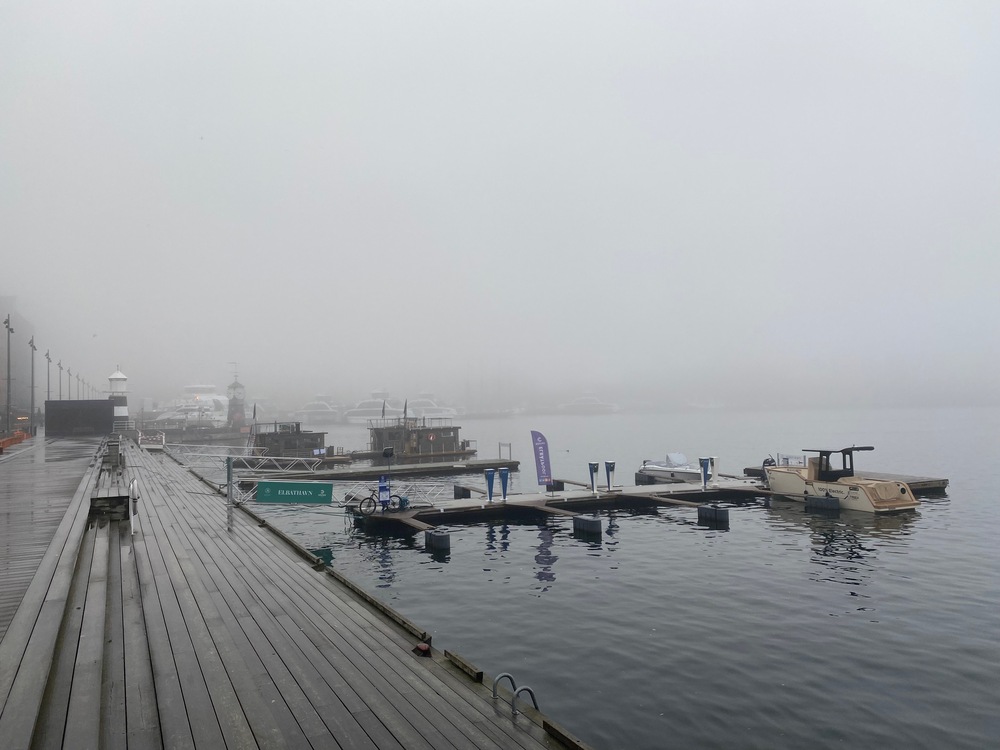 In November I was at 3 different concerts and attended the wedding of an old friend from university. December got more quiet again, wrapping up the year at work, before I headed home for Christmas with my family.

And now I'm sitting in northern Norway, after we left Germany earlier this week. This means I was up here for every season of the year now. One could say I might like coming to Norway.

We'll spent another week up here in the north, starting the year in a "koselig" (Norwegian for cozy) lodge, before we head back to Germany. 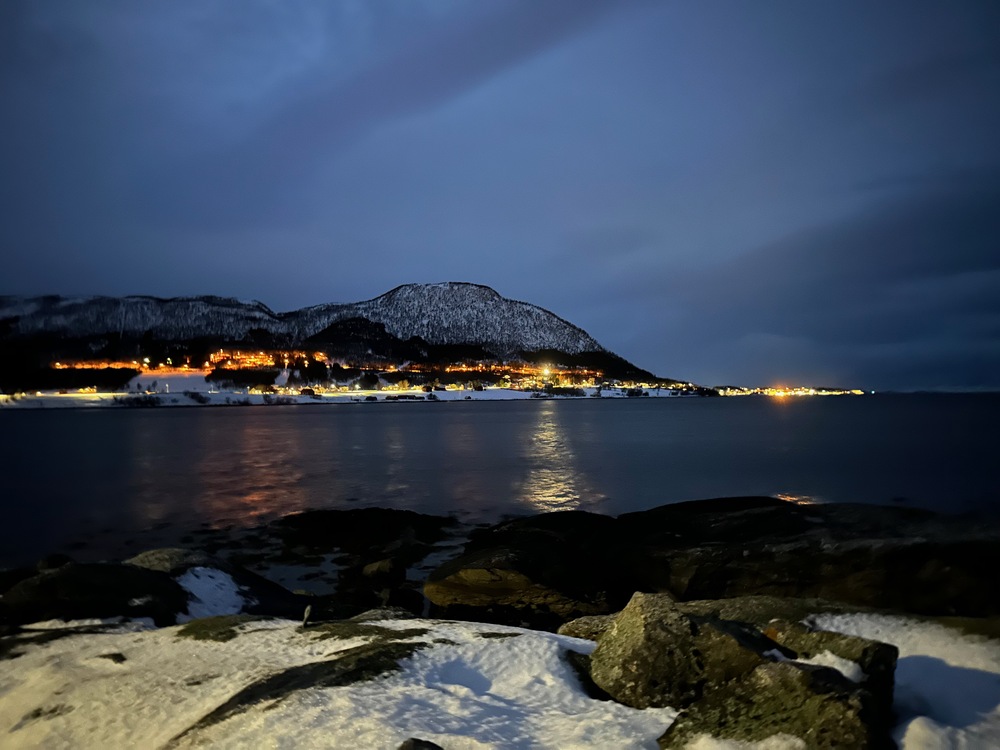 Looking back now 2022 started slow, but was then filled with quite some travel as well as friends and family visits. 2023 will start different, I'm not in Berlin for a start! Some visits are already planned and my travel list is definitely not getting shorter. Let's see which of these things I can make happen in the new year.

Work-wise I hope to take up some new challenges, expanding my role at Mozilla. The data team sure has a filled list of things we might want to tackle and I will have to see how to make best use of my knowledge and expertise, but also how to grow in my role and how to support others best.

Now that we had a first RustFest family event in 2022, I would like to push forward with the RustFest project. We need to write down our ideas, policies and guidelines on how we want to run our events and how we can support others to run their events, too. This has been in our heads for long enough and needs some active work now.

Thanks to everyone who I met, talked to, worked with, traveled with, who had lunch, dinner or coffee with me or who I cooked or baked for.