2017 in many words and some photos

It has become a tradition for me to look at the year that's about to end. I did so last year, the year before and the 2014 as well.

In addition to that I spoke at 4 meetups this year. In total I gave 7 talks and one workshop at a conference (this year it was all Rust and WebAssembly). I travelled more than 30.000 km, with the farthest and longest journey taking me to Rio de Janeiro (Brazil), Buenos Aires (Argentina), and Montevideo (Uruguay), where I spent nearly 2 months.

I published just 7 blog posts this year. I should definitely write more next year. My master thesis came up to 70 pages with about 24000 words and over 500 commits (more in another blogpost). Just under 3 years after my Bachelor I finished my Master of Computer Science as well.

GitHub says I made 1462 countable contributions (including some private repositories) across dozens of repositories. I'm nowhere closer to actively maintain & publish the projects I am responsible for.

I posted 222 photos and videos on Instagram and my ~/photos/2017 directory now contains over 7000 photos, 4600 from September and October alone (when I was in South America), and about 40 Gb of video material.

I started of the conference season with a visit to snowy Bergen in Norway, leading a Rust workshop at Booster 2017. On the last day in town I climbed one of the narby mountains together with Felienne and Rico. With sunny and freezingly cold weather we had an amazing view over the area. 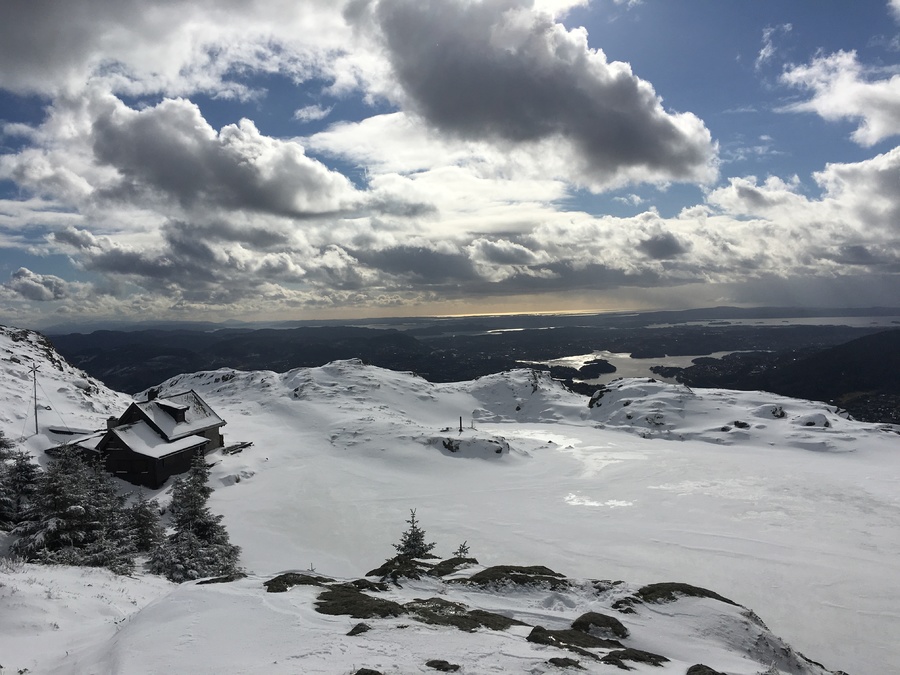 Over the summer I was busy working on my thesis. Once that was finished I packed my stuff in Aachen, moved out of my flat and headed for Dortmund to work at the Juicy Beats festival. 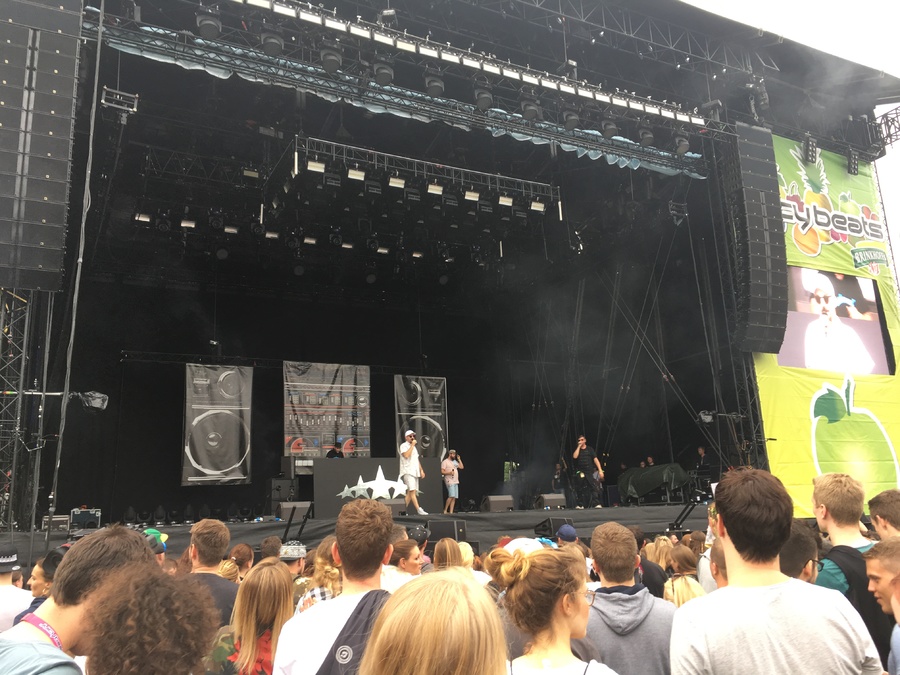 With the summer in Germany coming to an end, I headed out to Brazil for an extended vacation. The first stop was Rio de Janeiro. With warm weather usually above 30°C we experienced the city & the beaches. Of course visits to the famous Sugarloaf Mountain and Cristo Redentor were obligatory. 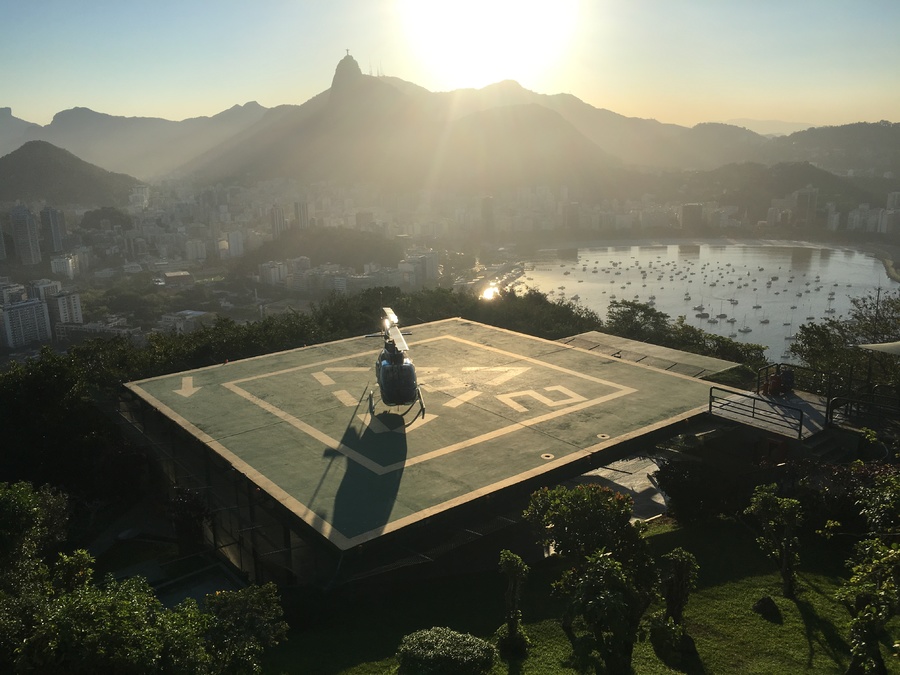 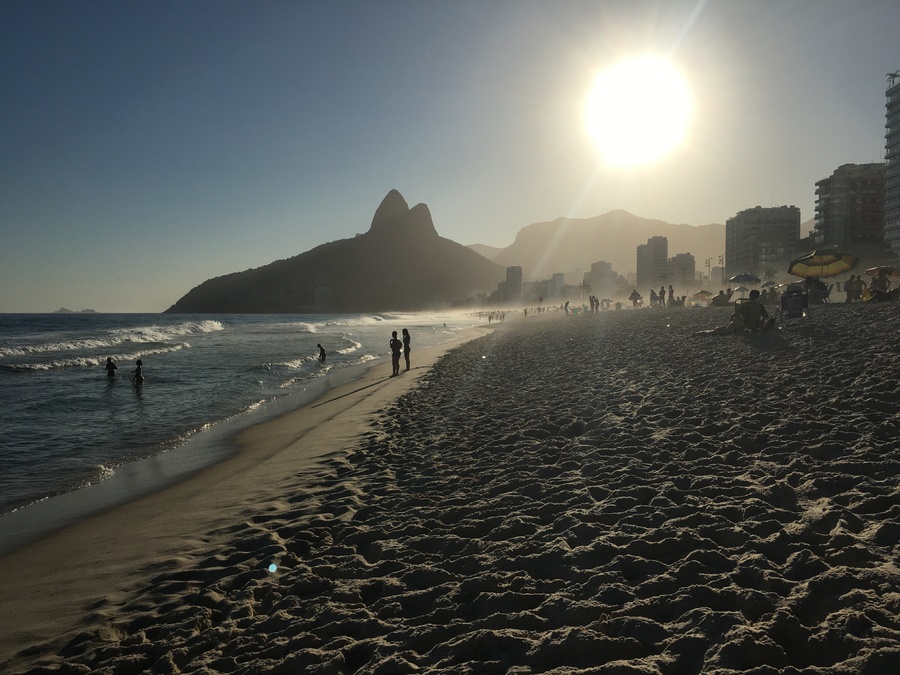 After staying in the city for a week, we decided to head a bit south to Ihla Grande, a small touristic island. I finally had the chance again to dive with turtles. We moved on to Paraty further west for more beach days, hiking and good food. 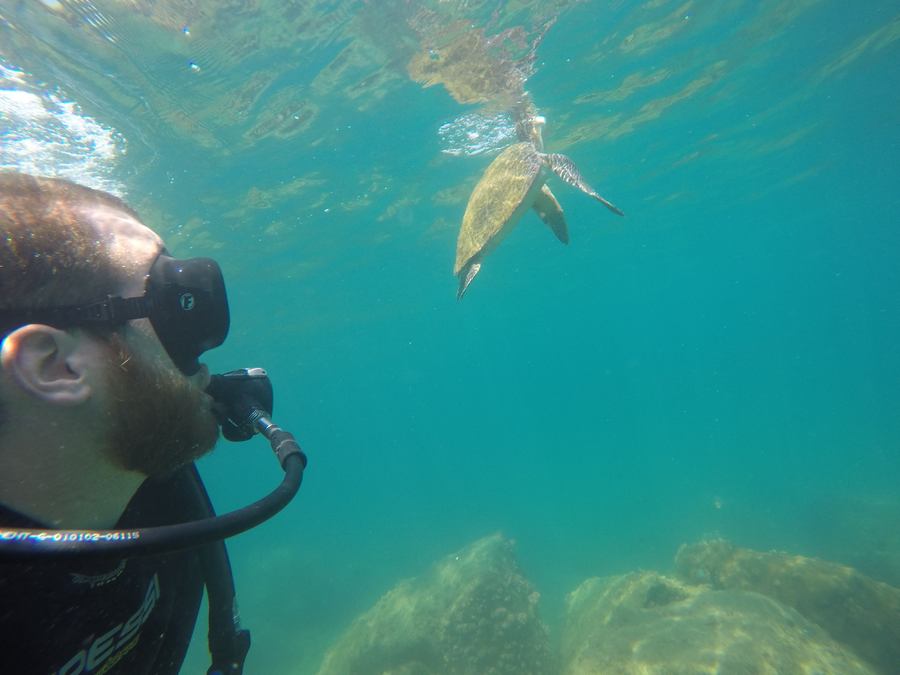 After 3 weeks I took a flight over to Buenos Aires to visit the city, meet old friends, give a talk and eat a lot of good food. 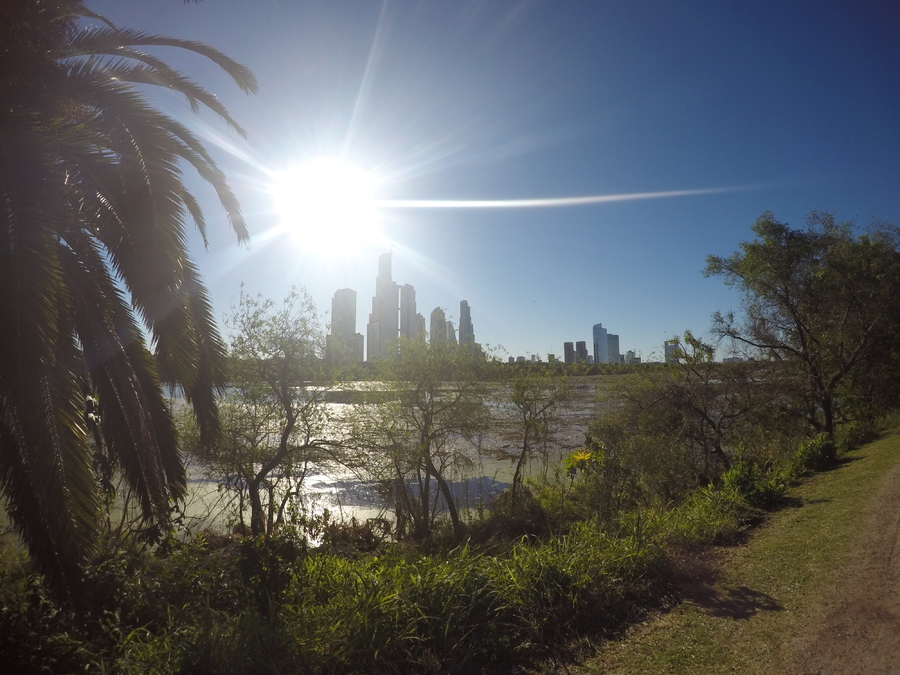 Last year Pote invited me to visit him in Uruguay, so while already kind of in the area, I took the ferry over to Colonia del Sacramento and from there a bus to Montevideo. Pote took me to the football stadium, where Uruguay played against Bolivia in the final game of the qualification for the next world cup. Uruguay won that game and will play in Russia. 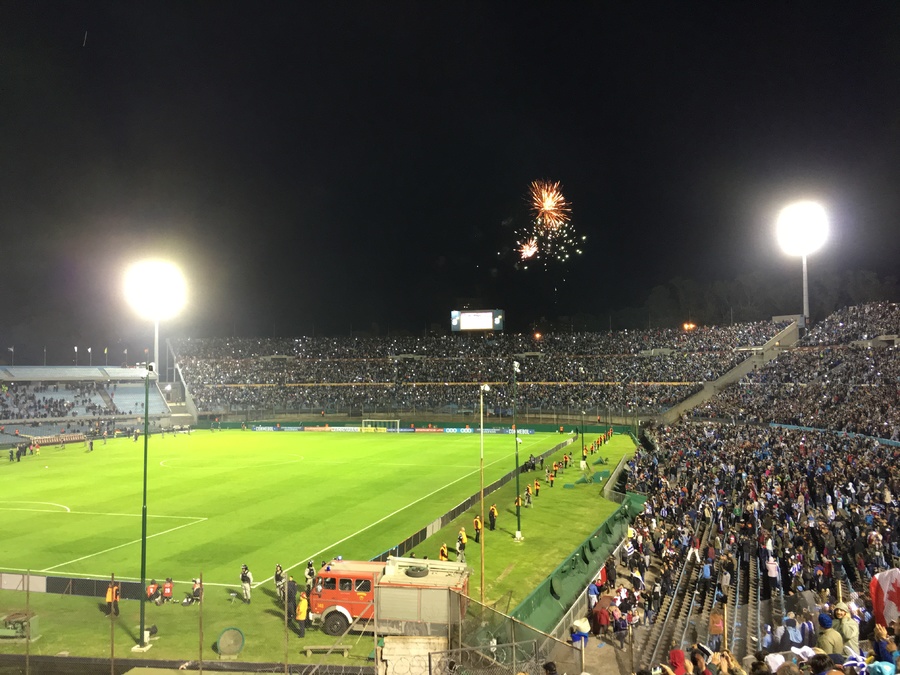 The time in Montevideo was super relaxing. Pote, Cuervo and Foca took me to the best Parrilla in town. I explored the city and did a bike tour. 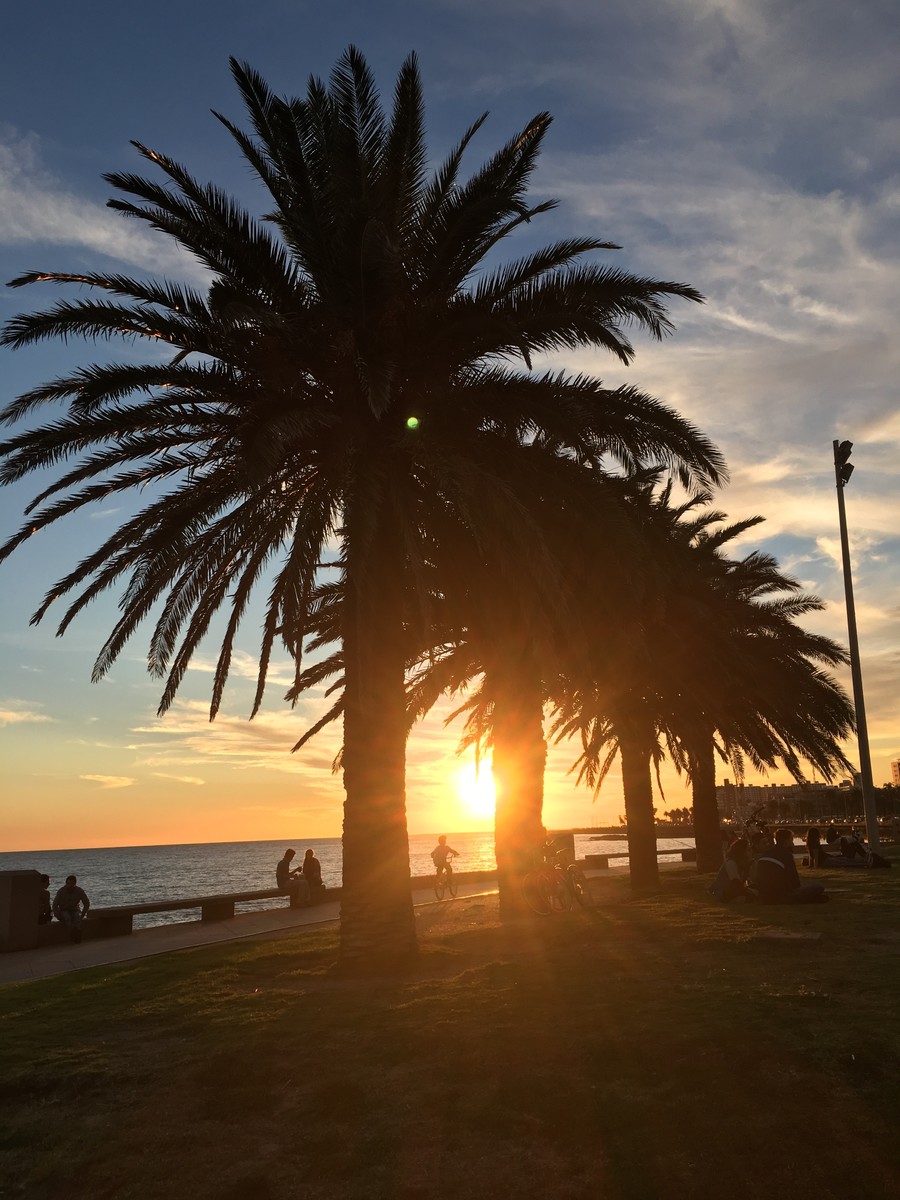 After a week in Montevideo I headed back for some more time in Buenos Aires, before heading to Germany again. There I stayed for about 18 hours before flying to Madeira to meet my family for a short fall vacation (because you should always have a vacation after your vacation!).

Once I was back my November schedule was already packed. I did not spend more than 4 days in a row at home that month, instead visiting Munich, Berlin, Budapest and Oslo for various conferences, meetups, hack days and workshops. 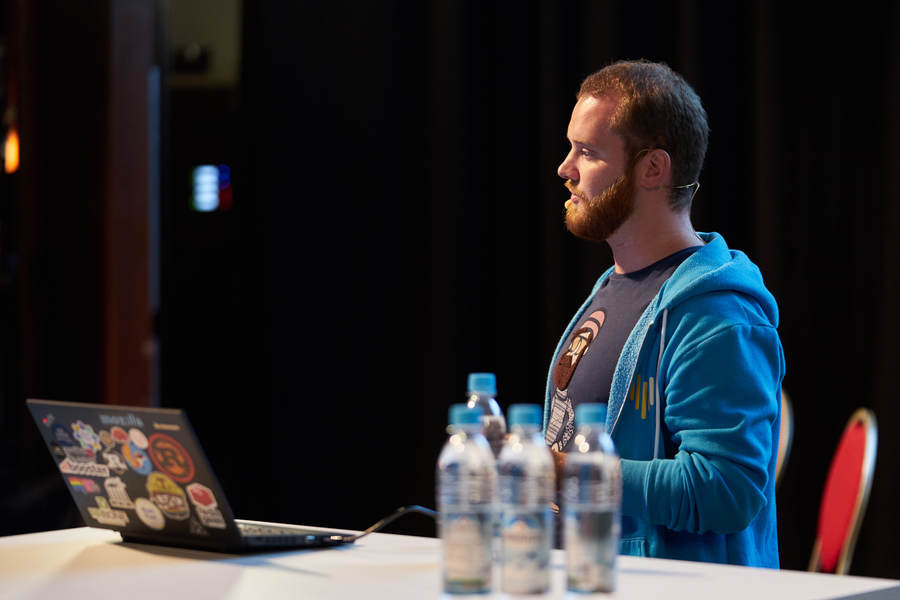 December was the quietest month, which I spent at home working. The year ended with some good family time around Christmas.

As always, the year is only as good as the people that I meet and spend time with. Along all the trips I met some old friends and made some new ones (that's what I travel for).

Thanks to Ola for housing me, joining me on stage, helping me out and being there when I need to talk. Thanks to Andre for the hospitality and for making my visit to Brazil so easy and enjoyable. Thanks to Pote, who let me stay at his place and showed me Montevideo. Thanks to the other South American friends, who accompanied me while I was in the country. Thanks to my employer rrbone and my boss Dominik, who lets me travel around, doing my job, giving workshops and talks. And thanks to the friends & family near and far away.

Last year I said that 2017 will bring a lot of changes, and while that was kinda true, the most significant changes will start next year. With university done I will go into full-time employment and move to another city eventually (again). Plans are starting to form, but final decisions are post-poned until January.